Stolpersteine or “stumbling blocks”, are little square bronze stones layed in front of buildings all over Europe by German artist Gunter Demnig, remembering those former residents deported and killed by the Nazi regime. By July 8, 2010, there were over 25,000 stolpersteine in 569 European cities and towns in eight countries formerly under Nazi control or occupied by Nazi Germany.

Some time ago I started to photograph some of the over 2600 stumbling blocks in Hamburg. My main interest is not the stumbling block all by itself (makes a rather boring photo in my view), but show it in its environment. 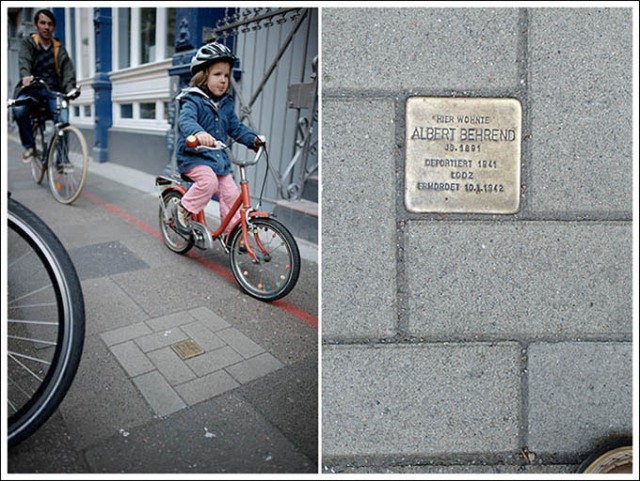 2 Responses to Stolpersteine in Hamburg